International Needs work is focused in Mullaithivu, a district in the Northern region of Sri Lanka. Mullaithivu experienced high levels of conflict during the Sri Lankan Civil War which lasted over 25 years. The Civil War officially ended in 2009 and it is estimated that 100,000 were killed and almost a million people were displaced. The impacts of the conflict are still deeply felt in Mullaithivu district; thousands of Sri Lankans are still sheltered in displacement camp communities.

The communities we are working with in this region are young, most were created through government resettlement plans, yet many communities struggle with a lack of basic infrastructure and resources.

Poor access to safe drinking water is a significant problem. Families, particularly the women and girls, sacrifice significant amounts of time collecting water, and sacrifice their health when relying on unsafe sources of water.

Food security and income generation are also significant issues. With few job opportunities, many young people migrate to find work, and families struggle to meet their everyday needs. Agriculture is relied on both as a source of income and food yet a lack of water access and salinated water sources makes the successful irrigation of crops difficult. Agricultural and economic expansion is also limited as many areas remain littered with unexploded ordnance including landmine fields and IEDs.

Whilst the conflict is over, the emotional impact remains. Many vulnerable individuals (particularly those who have been widowed, orphaned or disabled) lack support and integrating ex-combatants into communities is also a difficult process. There is little government support for these communities and extreme poverty persists.

Major religions – 70% of the population are Buddhist, 12% Hindu.

Sri Lanka experienced civil war from 1983 to 2009, between the Sinhalese majority and Tamil seperatists. The fighting continued for over 25 years between the government and the LTTE (Liberation Tigers of Tamil Eelam)

Sri Lanka was one of the countries badly hit by the 2004 Boxing day Tsunami. The government confirmed over 30,000 deaths and over 1.5 million people were displaced. 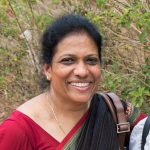 Rachel became Executive Director of International Needs Sri Lanka in 2013, having previously worked for OXFAM Australia. Rachel has been working for 30 years in community development and has a Masters in Management.

Clean water and sanitation are necessities for life. Despite this, an estimated 844 million people around the world stil ...
View project