International Needs Ghana was established by Rev. Walter Pimpong in 1984 with the aim of improving deprived communities through development and human rights initiatives.

In 1998, International Needs Ghana led a campaign that gained attention all over the world to abolish a practice of Shrine Slavery known as Trokosi. Find out more about this project here.

Agriculture accounts for about 20% of GDP and employs more than half of the workforce, mainly small landholders. Gold, oil, and cocoa exports are key exports. 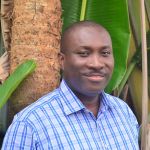 Around the world, many girls stop going to school when they start their periods, or miss about a week of school each month. Inevitably, the ...
View project

Access to adequate toilets is essential to enable children to go to school. Bad hygiene and poor sanitation are major contributors to the pr ...
View project